Princess By the Sea 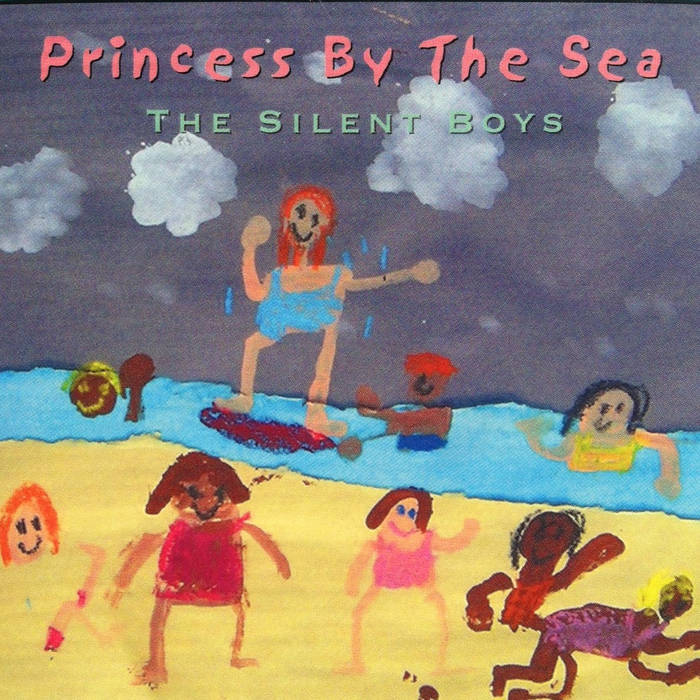 BIG TAKEOVER/ Jack Rabid:
For a few brave ‘80s New York bands, playing graceful U.K.-inspired jangle-pop (or anything with the faintest hint of English to it!) earned few followers but lots of derision. In bucolic Vermont, where the Silent Boys began, they must have seemed even more out of place, let alone time. Enmeshed in the clean sounds and fastidious, twee style of the Sarah label, with dollops of The Smiths, C-86, Felt, Go-Betweens, and the New Zealand’s Flying Nun label, these ‘Boys toughed it out for years and no LPs, quit for another eight, then came back in 1999. And since 2004, they’ve finally made and released three fine albums and compiled a ’86-’91 collection, Progression. Likewise, Princess looks back, tendering seven unreleased tunes from their 1999 relaunch, and it’s gratifying how well these lovely, trilling little tracks (with some of the nicest Johnny Marr-ish guitar playing/sounds ever from an American band) at last fit in with the culture.

No more cracks about anglophiles with poofy hair and overcoats, in love with guitar effects and/or mannered music high on melody with thoughtful romantic introspection—and low on obnoxious testosterone squall rawk. Put these guys on the bill with Belle & Sebastian, Drums, Pains of Being Pure at Heart, and David Westlake, and we might all swoon from the endless six-string gorgeousness and la la vocals. And then as now, highly talented singer/songwriter Wallace Dietz and his bunch would have no problem measuring up.


PENNYBLACK.COM:
Having been recorded in 1999, it has taken over 10 years for these songs to finally be released, but it is no surprise in the world of the Silent Boys as everything seems to have happened slowly for this underrated American band. Formed back in the 80s by songwriter Wallace Dietz it took the band until 2004 to finally unveil a great debut CD (‘Beauty Tips’) that paid homage to Dietz’s keen admiration for Indie-Pop heroes such as the Chills, the Field Mice and the Go-Betweens. This led to a fairly productive period with a further 3 CDs being released before the decade was out.

The songs that make up ‘Princess By The Sea’ are actually the first fruits following a seven year hiatus for the band from 1991 to 1998 and are equally as good as those on ‘Beauty Tips’. Whilst there is hint of the aforementioned bands evident on the CD, it is actually a trio of little known Manchester bands, the Desert Wolves, the Bodines and in particular the Waltones that seem to colour the seven songs showcased here.

From the moment the jangle of opening track 'Don’t Take Love For Granted' kicks in you are transported back into the mid 1980’s and when, in the wake of The Smiths, indie-pop bands sprung up in every provincial town offering an escape from the over indulgent New Romantic bands that had plagued the charts for too long. 'Don’t Wait Forever' follows a similar lyrical slant about the trials and tribulations of love, while 'Strawberries and Cream' manages to veer between early the Brilliant Corners in the verses and the Stone Roses in the chorus. The title track, clocking in at nearly six minutes, is a finely crafted closer that has a sixties cinematic feel to it.

While bands like the Drums have taken a box load of old Sarah Records singles to propel them onto the pages of the 'NME' and the Pains Of Being Pure At Heart have used the Wedding Present blueprint to become the most talked about band in indie circles the world over, the Silent Boys have been creating something equally exciting to limited exposure. Right this wrong, people – buy this CD.


INDEFINITELYBLUE.COM:
The amount of great new music, albums, or simply songs that I discovered has been amazing this year. I always enjoy that feeling of chancing upon something that has me thrilled and I’ve become so good at it that I think it’s in fact the other way around: good music finds ME.

I had heard of the Silent Boys before and I knew they were from the US otherwise I might have mistaken them for some 80s British guitar pop act that just reformed. Princess By The Sea is their new-ish cd that contains 7 tracks that were meant for release a decade ago but only saw the light of day this year. Although the band were formed back in the 80s this is only their fifth release so far. I hadn’t looked into their previous work but now I want to make amends because their sound is right up my alley: bright, upbeat jangly Pop evoking that warm, nostalgic feel of hearing for the first time in one’s life The Smiths, The Go-Betweens, The Brilliant Corners, The Chills and The Mighty Lemon Drops.

I really want you to discover The Silent Boys with me today, find them whichever way you can and enjoy them.