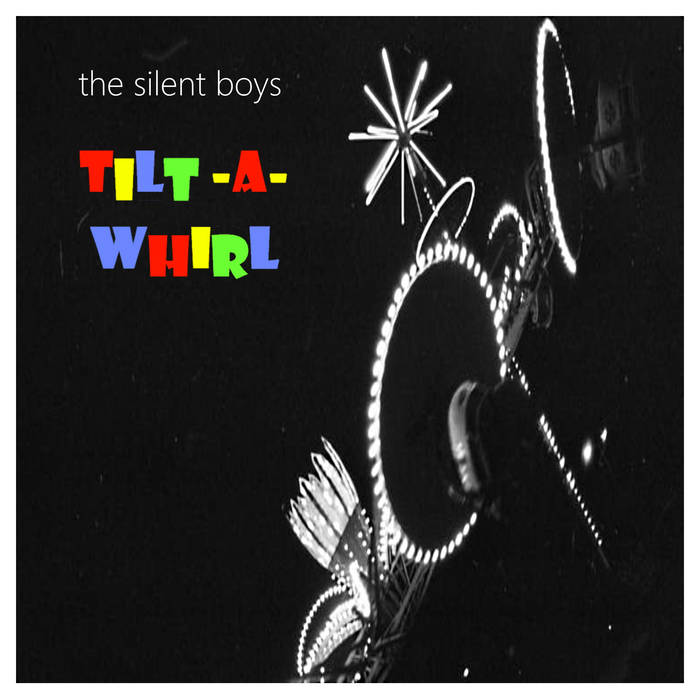 PENNYBLACK MUSIC:
'Tilt-a-Whirl' has a trio of absolutely killer songs forming a stunning centre-piece to the record. The dreamy 'Lawrence of Arabia', which is pure magic, is followed by ‘Last Time' and 'Beauty In The 21st Century' that jostle for best pop song of the year thus far. Indeed 'Last Time' is the kind of track that had journalists swooning in the mid-1980s when bands like The Brilliant Corners, The Chesterf!elds and a whole host of Creation Records’ artists served up this fizzing fayre.

Elsewhere on the album, “Silencing The City” could have been delivered by Sarah Records’ band The Orchids. A point probably not lost on Dietz, a keen acolyte of the Bristol based label. Final song, “Simplicity” is reminiscent of 'Fly Under The Radar' by Australian band Stillwater Giants, which is certainly a good thing, and “City Of The Toppled Monuments” has a stark social message wrapped up in a great song.

Making records for an audience of just one has always been Dietz’s philosophy on his own music. It is certainly an admirable one, but there is so much quality here that, given the right exposure, a whole new generation of converts could emerge. The Silent Boys really should become your new favourite band!


JIGSAW RECORDS:
The Silent Boys have been going for a really long time now, perfectly content in their obscure place in the indiepop world; their 8th album continues in the same Bats/St. Christopher/Church vein they've long been in, but they really do deserve some more exposure.

DAGGERZINE:
Wallace Dietz is the leader/main songwriter and you’ll definitely hear some nods to 80’s UK popsters like The Smiths and Orange Juice, but Dietz will toss in a curve ball as well from time to time. The first cut, the title track, definitely falls in line with the love of 80’s UK stuff as does the near-perfect “Blue Ocean’ (“Last Time”, too), but a song like “Monsters in My Head” is much darker/quirkier and Dietz and company add some lovely strings to the moody, almost baroque “Lawrence of Arabia” and “Unorthodox” has this great shuffling rhythm and some stellar guitar work as well (courtesy of lead guitarist John Suchocki). In his liner notes Dietz felt that this record had a “different vibe than previous Silent Boys records” and I hear that as well. They haven’t strayed too far from their classic sound, but they’ve mixed it up enough to make things real interesting. In the end though, I hear another classic Silent Boys’ record that more folks really need to hear. Dive in and discover your new favorite band.


(According to guitarist and lyricist Wallace Dietz, ’Tilt-A-Whirl' will have a different vibe from earlier Silent Boys albums:

“It will still retain a vintage sound, but the listener will detect some new and different influences. And while it may be the most mature album we've ever done, I'm not ready to concede my immaturity just yet!”)